A Message from our Gala Chairs

A little more than a year ago, Ronnie Plasters, TW’s Development Director, approached us with his idea that the 51st gala had to be very special, and very different from the beautifully orchestrated 50th anniversary event. His proposal was that the three most recent past board chairs should chair the 51st, as a bridge from the past to the future. This would also be a primary opportunity to introduce our new Artistic Director, Tim Bond, and since we three had been part of the search committee that selected Tim, we could infuse our enthusiasm for him into the event.

The challenge was daunting, as the 50th was amazing, astounding, and one-of-a-kind, and we didn’t know if we were up to the challenge. But the three of us had so enjoyed working together, and we were so excited about the new era TheatreWorks was about to enter that we eventually---with no small amount of trepidation and only after Ronnie brought in Tim to close the deal--agreed to the challenge.

Who could have imagined how different it would be! Sadly, we lost our much-loved friend and collaborator, Mike Kahn, to cancer. And then, as a virus scare became a pandemic, we realized it would have to be virtual, and this event became an even greater challenge. But we know that “the show must go on” so we have worked hard with the support of TW’s wonderful board and staff, and especially, Propsmaster-turned-event-magician Christopher Fitzer, to bring you a great event. Mike’s spirit continues to guide us and reminds us that we all need a “license to party,” especially in these strange times. We hope you’ll enjoy what we have planned for you—we know it will be memorable!

Chairs, From TheatreWorks with Love 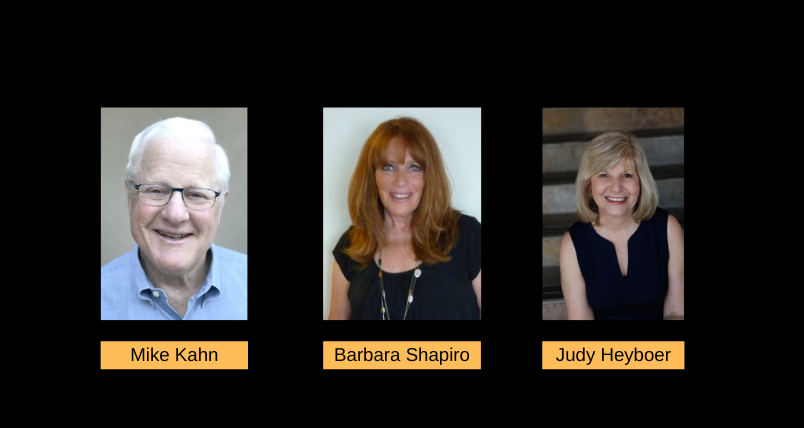