IN CONVERSATION events for Sense and Sensibility:

Post-Show Conversation with the Cast

The cast of Sense and Sensibility takes to the stage after their Wednesday evening performance to discuss what it's like bringing this charming musical romance to life!

Jane Austen’s literature has stood the test of time, going from beyond the page to successful adaptations. From film to graphic novels to even house parties, Jane Austen’s themes of female strength of independence has created fans for centuries. Join us as we discuss Jane Austen fandom and what it means to create work that is in conversation with Jane Austen. 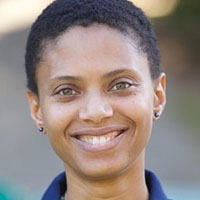 Leigh-Michil George teaches in the English Department at Geffen Academy at UCLA. She received her B.A. in Art History from Georgian Court University, her M.F.A. in Screenwriting from American Film Institute, and her Ph.D. in English from UCLA. Her current book project, Regency Noir: Romance, Race, and the Rise of the Woman of the Color, examines Jane Austen’s Sanditon and Regency romance-inspired narratives, like Shondaland’s Bridgerton, within the context of eighteenth- and nineteenth-century studies scholarship on the Black Atlantic archive. 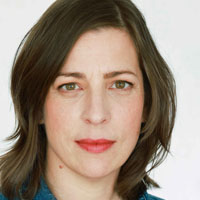 Margot Melcon is an artist, arts administrator, and writer. She co-wrote Miss Bennet, The Wickhams, and Georgiana and Kitty with Lauren Gunderson, the "Christmas at Pemberley" trilogy. She was the Director of New Play Development at Marin Theatre Company for seven years, where she dramaturged over 30 productions including six world premieres, and administered the company’s two annual new play prizes and commissioning program. She has developed plays with TheatreWorks, Bay Area Playwrights Festival, Crowded Fire Theater, Shotgun Players, Berkeley Rep’s Ground Floor, the Kennedy Center, the New Harmony Project, and The Playwrights' Center in Minneapolis. She currently manages arts and culture grantmaking at the Zellerbach Family Foundation. Margot is a graduate of California State University, Chico and currently lives in San Francisco with her family. 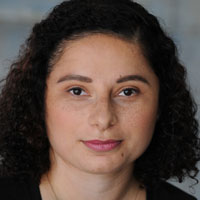 Alicia M. P. Nelson (she/her) is an award-winning San Francisco/Bay Area based actor and arts educator. Originally a ballet dancer, she has strong foundations in dance and a deep love of movement in storytelling. She is a graduate of Boston University where she acquired a BFA in Acting and has trained in classical theatre and Commedia dell’Arte in Greece and Italy. As an actor she has worked across the country in varying theatres including WAM Theatre, TheatreWorks Silicon Valley, San Francisco Playhouse, Berkeley Playhouse, Berkeley Repertory Theatre, Marin Theatre Company, and more. She has worked as a teaching artist in various companies in the Bay Area, and she specializes in working with students in preschool and kindergarten. Nelson is passionate about all things that spark the imagination. She is an avid believer in playing pretend, making a fool of yourself, diving in head-first, and increased diversity in theatre. She hopes to make theatre accessible to its youngest audiences and, in doing so, inspire creativity in the generations to come.

In Conversation: The Evolution of Feminism in Storytelling

Jane Austen understood the gender norms of her time and used her writing to disrupt those expectations. Throughout the years, women continue to dismantle gender norms, empowering female protagonists to be the heroes of their own story. Join us as we discuss the evolution of feminism in storytelling. 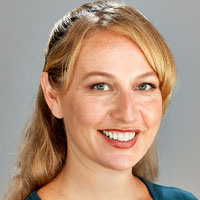 Jennifer Le Blanc is an actor, director, playwright/adaptor, and teaching artist who received her MFA from the National Theatre Conservatory and her BA in English Literature from U.C. Berkeley. At TheatreWorks she has acted in productions of Silent Sky, 33 Variations, Sense and Sensibility, and Opus. Her adaptation of Jane Austen's Persuasion received its world-premiere at San Jose Stage Company and her adaptation of Defoe's Moll Flanders received its world-premiere at Pacific Repertory Theatre. She also wrote We Made Bread, a one-woman show adapted from interviews, for the Arabian Shakespeare Festival. Jennifer is part of Playground’s Writers Pool and is a contributor of short plays to Shotz SF and Our Digital Stories. She has acted regionally and internationally. She is an Associate Artist with SPARC (formerly the Livermore Shakespeare Festival) and Perspective Theatre Company (formerly Arabian Shakespeare Festival). 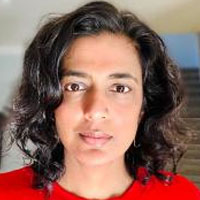 Geetha Reddy’s plays include A Mahābhārata (Ubuntu) Far, Far Better Things (Shotgun Players/ TheatreFirst), HeLa (with Lauren Gunderson, TheatreFirst), Safe House (SF Playhouse), Blastosphere (with Aaron Loeb, CentralWorks). Geetha’s plays Me Given You, Girl in a Box, and On a Wonderverse were part of the Playwright’s Foundation’s ‘In the Rough’ reading series. Safe House and On a Wonderverse were featured in the Bay Area Playwrights Festival. Commissions include: TheatreWorks, SF Playhouse, Ubuntu Theatre Project, Shotgun Players, Crowded Fire, the Gerbode Foundation, and PlayGround (3). Her short film Obit appeared at LA Shorts, NY Indie Fest, Bend Film Festival, the GI Film Festival, and many others. Geetha is a member of the Dramatist’s Guild, and alumni of the Resident Playwright at the Playwright’s Foundation.