IN CONVERSATION events for Ragtime:

Post-Show Conversation with the Cast

Join us In Conversation with the actors of Ragtime as they discuss their process and journey.

In Conversation: Robert Kelley and the Direction of Ragtime

Join us In Conversation with the director of Ragtime, Robert Kelley, about what Ragtime means to him and how does it feel coming back to this production after two years. 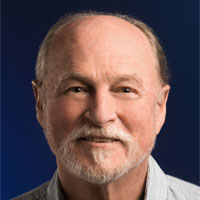 Robert Kelley is a Bay Area native and Stanford University graduate. He founded TheatreWorks in 1970, retiring in June 2020 after directing over 175 TheatreWorks productions, including many world and regional premieres. He has received the Silicon Valley Arts Council's Legacy Laureate Award; the Bay Area Theatre Critics Circle Paine Knickerbocker Award and Jerry Friedman Award for Lifetime Achievement; the Theatre Bay Area Legacy Award; BATCC Awards for Outstanding Direction for Pride and Prejudice (2020); The Hound of the Baskervilles; Into the Woods; Pacific Overtures; Rags; Sweeney Todd; Another Midsummer Night; Sunday in the Park with George; Jane Eyre; and Caroline, or Change; and a TBA Award for Outstanding Direction of a Musical for Daddy Long Legs. Proud to be TheatreWorks' Artistic Director Emeritus, he recently directed the company’s musical Sense and Sensibility.

As we move to create brave spaces in our rehearsal rooms and organizations we must factor in the emotional, mental, and physical work that actors and creatives do to bring stories to life. Join us In Conversation with leaders in the field to learn more about the importance of their work.

In Conversation: The Directors Series

Although Gem of the Ocean and Ragtime are set just two years apart, they tell two very different stories of early 20th century US. Watch directors Tim Bond and Robert Kelley discuss their visions and the dialogue between the plays.