IN CONVERSATION events for Gem of the Ocean:

In Conversation with the Cast

Join us In Conversation with the actors of Gem of the Ocean as they discuss their process and journey.

In Conversation: August Wilson, a breadth of work

Gem of the Ocean is the first story in August Wilson’s American Century Cycle. Join us In Conversation as we discuss what it means to master Wilson’s language, words, and rhythm. And how artists become poetic collaborators to highlight the Black experience on stage. 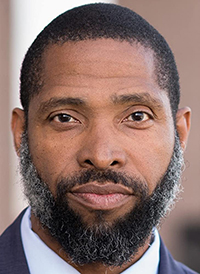 Aldo Billingslea is the Father William J. Rewak S.J. Professor of Theatre Arts at Santa Clara University. He is a director, producer, and as an actor has performed at TheatreWorks, (The Old Settler, Fallen Angels, Radio Golf, and The Elephant Man), and around the nation. Aldo has acted in eight of the ten plays in August Wilson’s American Century Cycle.

In Conversation: Blues and Storytelling

The spirit of the blues is rooted in storytelling and through its transformative nature, it has been able to uplift struggle into hope. Join us In Conversation as we discuss how music has the power to envision story and create timeless rituals. 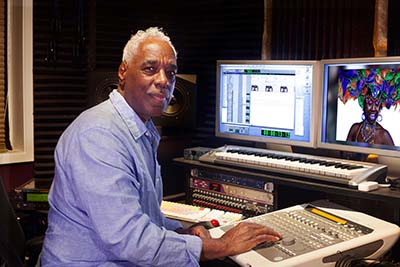 Gregory Robinson, a United Scenic Artists Local USA 829, IATSE Member, is ‘An Artist That Paints With Sound.’ His sound effects, sound design, music, production sound recording, post production mixing, and recordings have been featured in local, regional, and national radio and television advertising; short films; documentaries; corporate video; and theatre. His work has been featured in an Emmy award-winning documentary, and he has been recognized by the San Francisco Bay Area Critics Circle with a Sound Design ‘Excellence in Theatre Award’ for Water By The Spoonful and a nomination for Proof.

Gregory recently designed for the Marin Theatre Company’s production of JAZZ, and is currently in studio production for the upcoming production of Salt/City/Blues, for the Syracuse Theatre (New York) production, opening June 2022.