In celebration of Women’s Equality Day and the Centennial of the 19th Amendment, TheatreWorks Silicon Valley and The Woman’s Club of Palo Alto present excerpts and songs from the musical Perfect 36, plus a conversation with book writer and lyricist Laura Harrington. One hundred years ago, the 19th Amendment, giving women* the right to vote, was ratified. In 1965, The Voting Rights Act was signed into law, outlawing discriminatory voting practices and ensuring that women (and men) of color were also given the right to vote. This year, as the 2020 election approaches, we celebrate the indomitable spirit of the suffragettes and honor the women who fought for our rights by urging everyone to vote.  Join us!

*While the 19th Amendment did not specify race, it effectively gave white women the right to vote, while women of color would fight for 45 more years. To honor the efforts of these women of color who have too often been left out of the story, we have compiled a collection of articles and resources that we hope you will take the time to read. Additionally, we are providing links to resources about the suffragists and organizations working today to help the disenfranchised among us.

In 1920, Native Women Sought the Vote: Here's What's Next

100 Years After the 19th Amendment, the Fight for Women’s Suffrage Continues

Resources for getting out the vote:

A dynamic musical comedy of politics, power, and persuasion. August 1920. The Tennessee legislature’s upcoming vote is the country’s last chance to ratify the 19th Amendment giving women the right to vote. Nashville is a political hotbed and votes are for sale to the highest bidder. The suffragists and anti-suffs battle it out in the midst of political graft, corruption and greed. Based on actual events, Perfect 36 embodies the American spirit with music, wit, drama and romance.

Celebrates the courage, tenacity and hard-core savvy of the American women, and men, who risked so much in the battle for voting rights.

About The Woman’s Club of Palo Alto

Uniting people and place, The Woman's Club of Palo Alto builds on a proud history of public engagement since the 19th century. Its members apply themselves in creative and philanthropic ways to accomplish great things both in the local community and within the club. The Woman's Club of Palo Alto is a member of the General Federation of Women's Clubs as well as a member of the California Federation of Women's Clubs. It is the largest club in the state of California, in terms of membership.

When women had no political power, we formed clubs where together we created the power to better our communities. We fought for suffrage, education, temperance and to protect the environment. We fought to end slavery, lynching and child labor. Today we stand in solidarity with our black sisters and brothers. This is our legacy. And our future. Better. Stronger. Together. 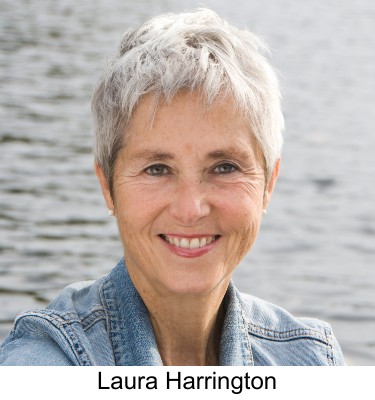 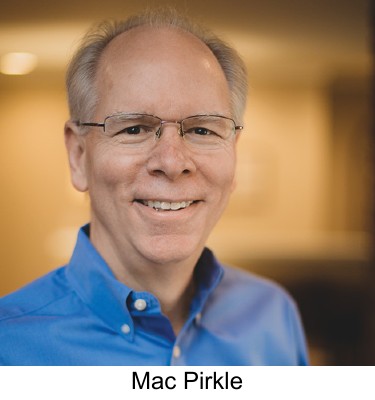 LAURA HARRINGTON (Book and Lyrics), award winning playwright, lyricist and librettist, winner of the 2008 Kleban Award for “most promising librettist in American musical theatre,” has written dozens of plays, musicals, operas and radio plays which have been produced in 28 states, Canada and Europe, in venues ranging from Off-Broadway to Houston Grand Opera. Harrington has twice won both the Massachusetts Cultural Council Award in playwriting and the Clauder Competition for best new play in New England. Additional awards include a Boston IRNE Award for Best New Play, a Bunting Institute Fellowship, a Whiting Foundation Grant-in-Aid, a New England Emmy, and a Quebec Cinemateque Award. She taught playwriting at MIT where she was awarded the Levitan prize for excellence in teaching. She has been a guest artist at Harvard, Wellesley, Tufts, and the Jack Kerouac Writer in Residence at UMass Lowell. Alice Bliss, (Penguin) her first novel, won the 2012 Massachusetts Book Award in Fiction and was published in the UK, Italy and Denmark. Playwrights Horizons in NYC commissioned Alice Bliss, the musical, which won the 2019 Weston Playhouse New Musical Award. A Catalog of Birds (Europa), her second novel, was published in 2017.

MEL MARVIN (Composer) has had six shows on Broadway – including Isaac Bashevis Singer’s Yentyl, Christopher Durang’s A History Of The American Film, Tintypes (for which he was nominated for two Tony awards), and, most recently How The Grinch Stole Christmas. The Grinch has been on a seasonal national tour since Broadway in 2007, playing scores of venues, including Madison Square Garden and the Grand Ole Opry, and, for the last 21 seasons, San Diego’s Old Globe Theatre. He has also had 11 shows Off-Broadway, and he has served as composer or director of scores of productions in most of America’s regional theatres, including Lincoln Center Theater, Arena Stage, La Jolla Playhouse, American Repertory Theatre, Hartford Stage Company, Berkeley Rep, and the Mark Taper Forum, where he composed the original music for the first full production of both parts of Angels In America. His most recent work, in addition to Perfect 36, is Truth And Reconciliation, an, opera, produced in 2020 at Opera America. He is a member of the Alumni Board of Directors of Theatre Communications Group, a frequent participator in awards panels, and a mentor at the O’Neill Theatre Center. He is Head Faculty Composer of the Graduate Musical Theatre Writing Program at Tisch School of the Arts, NYU.

MAC PIRKLE (Director) is a 48-year veteran of theatre, film, and video. Mac founded three theatres, including Tennessee’s regional theatre company, the Tennessee Repertory Theatre (Nashville Rep) and Southern Stage Productions, producing and directing over 65 major theatre productions. After 25 years in theatre, Mac moved into film and video in 2001 with David Earnhardt and their company, Earnhardt Pirkle. Mac is now the CEO of Creative Communications. His work has won an ACE Cable Award, numerous Telly Awards, a Parthenon Award, and Gold Pen Award. In 2012 Pirkle produced the world premiere of The Nutty Professor musical in Nashville, with Jerry Lewis, Marvin Hamlisch and Rupert Holmes. Pirkle is currently working on a reenactment of the 100th anniversary of Tennessee’s historic vote in the passage of the 19th Amendment to be live streamed across the country as well as Perfect 36, a musical event depicting the same moment, with Laura Harrington and Mel Marvin