Every year TheatreWorks hosts a week-long Writers' Retreat to provide our family of artists the much needed time, space, and resources to refine the next draft of their new play or musical.

The bonds between siblings are as layered, complex and true as all great loves. At a time when she had just overcome her own addiction, Ms. Ramirez lost her younger brother, a principal dancer with the Oakland ballet, to alcoholism. Upon his death, she enrolled in a ballet class and attempted to learn the dances he had performed. In trying to retrace his steps, she traveled through the complicated terrain of their childhood and tried to come to terms with why she survived and he didn’t. A semi-autobiographical dance theater piece about memory, grief, forgiveness and freedom.

The play was originally developed at the Cherry Lane Theatre's Mentor Project in New York.

Lisa Ramirez and Reiko Aylesworth have been collaborating on various original film and TV projects recently and are looking forward to exploring pas de deux (lost my shoe) through a new lens and medium (Zoom).

Created and Written by Marianne Lewis
Directed by Giovanna Sardelli

The Voice Box is a story set in a very small town located deep in the mind of the author. The township is of the belief that it is a vast and powerful country, here to silence Marianne and run her life forevermore with smallness and lies. This attempt at healing through a one-woman show is a journey of self, embracing humor, songs, characters, and storytelling to expose the battling voices within to the light of truth and to reclaim the territory that is one’s own right to life.

Currency breaks open Merchant of Venice and pieces it back together with text, music and video, telling it from the perspectives of the Shylocks of our world. Told with the energy of the marketplace, on 4 corners, in four styles, docked at the ports of our cities.

An intergalactic, pan-dimensional, haunted, Noh-inspired fall down the proverbial worm hole into Native American liberation and Japanese American resilience. Fates intertwined; epigenetic trauma and joy braided together through the fabric of time. 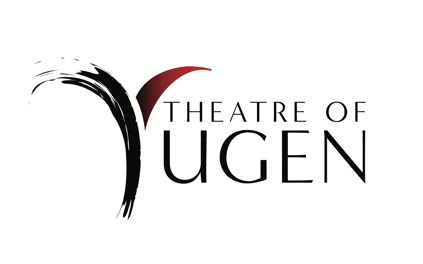 Located in the Mission District of San Francisco, Theatre of Yugen ("Yugen") has been dedicated to creating intercultural, multi-sensory, and experimental works inspired by the 600 year-old Japanese theatre traditions of Noh and Kyogen. By drawing on the Japanese aesthetics of "yugen” (otherworldly profundity), Yugen produces original works characterized by artistic hybridity and collaborates with artists of various genres to promote intercultural understanding through traditional Japanese theatre and its contemporary interpretations. www.theatreofyugen.org