This year, we’re bringing all the excitement and electricity of our New Works Festival right into your home with the streaming New Works Festival Online! Join artists from the Bay Area and beyond as they come together to share five brand-new shows with you, along with a sneak peek at some of TheatreWorks’ upcoming commissions. One ticket gets you access to the whole festival, and our pay-what-you-can prices start as low as $10. So what are you waiting for? Grab your ticket and get ready for a digital festival like no other!

THE NEW WORKS FESTIVAL IS NO LONGER AVAILABLE

Learn More About Each Event 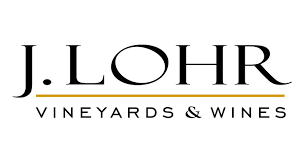 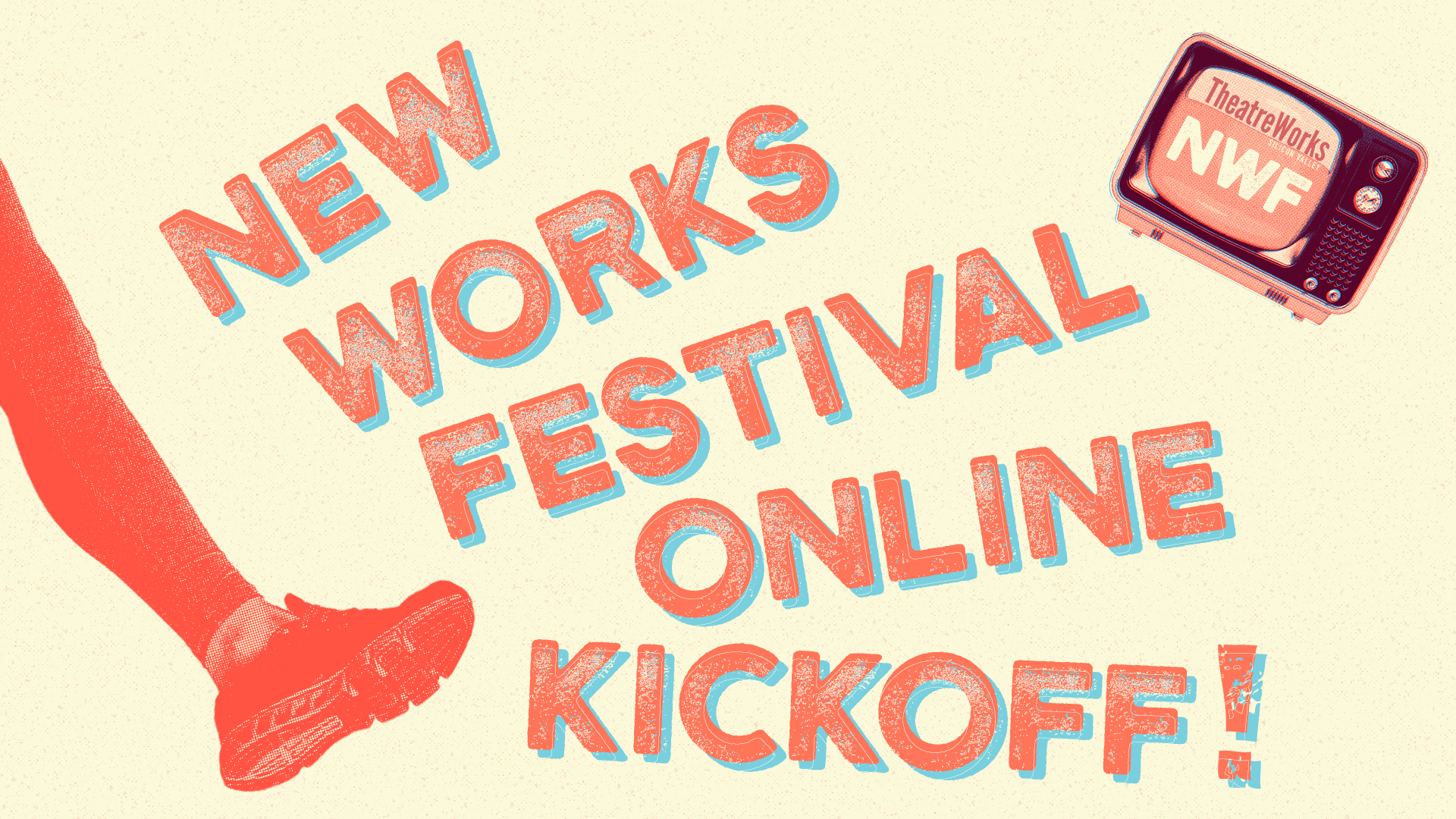 SALES FOR THE KICKOFF HAVE CLOSED

Join us as we kick off the Festival with a forward-looking celebration of our commissioned artists! We’re thrilled to help develop these new works, and would love to introduce you to these remarkable theatre makers. Featuring excerpts from Revival, where a 19th century socialite reawakens her passion for music through a dangerous romance on the lonely Nebraska prairie; Gurley!, a sassy and serious musical which follows the ongoing battle in America to celebrate, elevate, liberate, and define women; and Happy Pleasant Valley: An Asian American Senior Sex Scandal Murder Mystery Musical, which explores themes of generation gaps, ageism, and finding connection and relevance in the digital age. 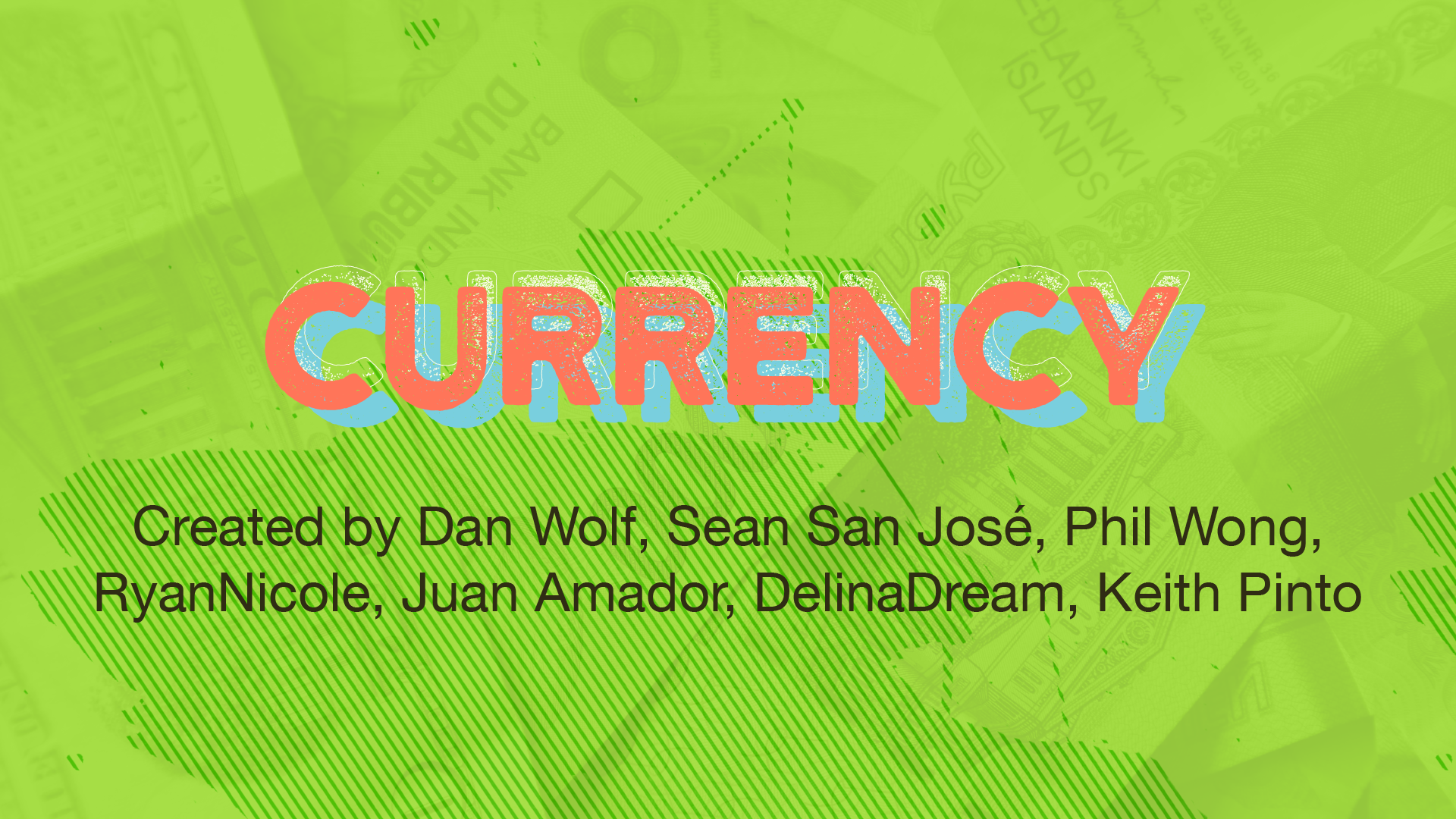 SALES FOR CURRENCY HAVE CLOSED

Currency smashes open The Merchant of Venice and places Shylock at the center of our world, not as a caricature but instead as a reflection of the immigrant, working class, citizens of our port cities. Currency visits the marketplaces of West Oakland, Hong Kong, Managua, Downtown LA, and Venice to connect those "othered" by society with the larger issues of place, race, privilege, ownership, violence, and revolution.

This presentation will include Parts 1 & 2 of a three part series of long form theatrical music videos. Part 1 was created at TheatreWorks Silicon Valley in January 2021 and Part 2 during the Rough Reading process at Playwrights Foundation.

NOTE: This will be presented as a Zoom webinar, hosted by Playwrights Foundation 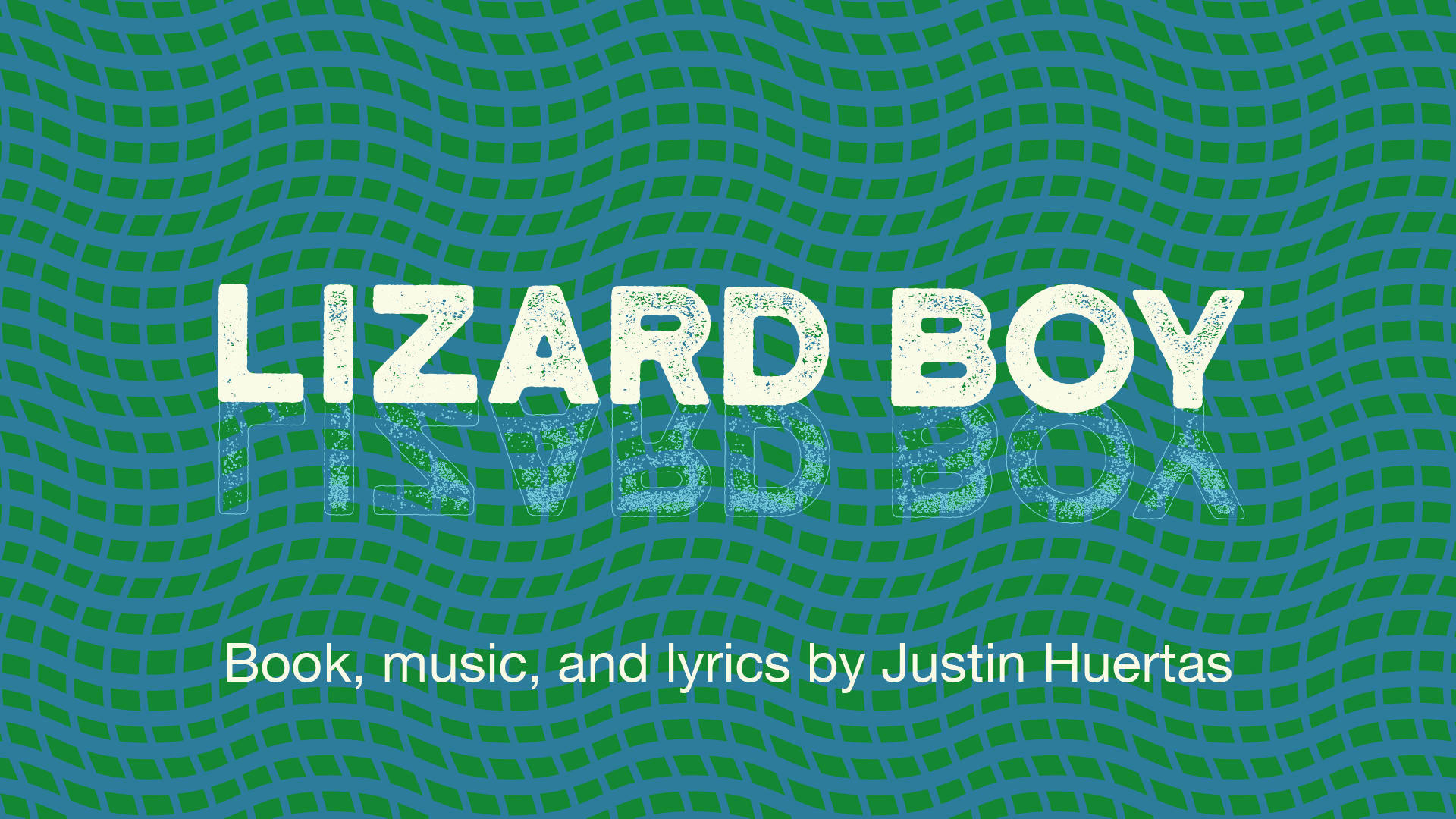 SALES FOR LIZARD BOY HAVE CLOSED

Equal parts comic book lore, coming-of-age love story, and irrepressible tunes, audiences should expect the unexpected in this sensational new indie rock musical. The fast-moving plot recounts the mysterious event that changed Trevor’s life forever, launching him into a life-long search for identity and acceptance. Is he a freak or a hero? Triple-threat artist Justin Huertas and his original cast take the stage for one fateful night of adventure, music, and love set on the streets of Seattle.

SALES FOR AS SOON AS IMPOSSIBLE HAVE CLOSED

LEARN MORE ABOUT THESE ARTISTS AND CAST

A collaboration with Stanford University Department of Theater and Performance Studies and Stanford’s Abassi Program in Islamic Studies Project supported by the Stanford Visiting Artist Fund in Honor of Roberta Bowman Denning.

As Soon As Impossible is a comedy that explores the relationship between two older men, Ramsey and Arthur, an Arab-American and a WASP. Their annual summer fishing trip is interrupted by the unexpected appearance of Ramsey’s granddaughter, Layla, who claims to be on the run. With Arthur’s suspicions raised, Ramsey may get more than he bargained for when he begins to plan Arthur a surprise birthday party. A play about friendship in a time of war, As Soon As Impossible was originally commissioned and developed with the support of the Time Warner Commissioning Program.

A Conversation with Betty Shamieh and Kareem Fahmy

SALES FOR A DISTINCT SOCIETY HAVE CLOSED

LEARN MORE ABOUT THESE ARTISTS AND CAST

A quiet library that straddles the border of the U.S. and Canada becomes an unlikely crucible for five people from around the world. When an Iranian family, separated from one another by the "Muslim ban," use the library as a meeting place, the head librarian, a U.S. border patrol officer, and a local teenager have to choose between breaking the law and saving themselves. 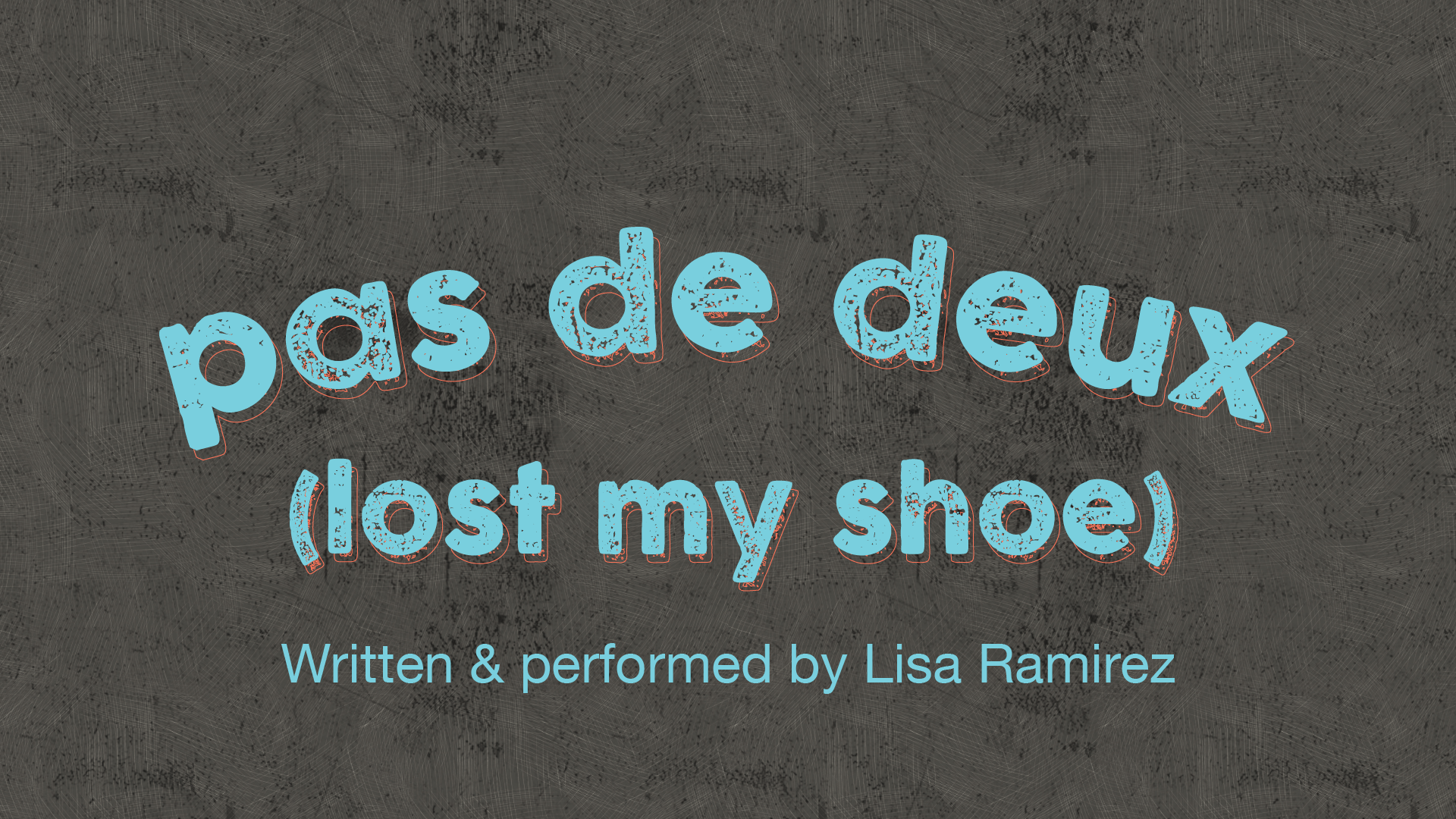 SALES FOR PAS DE DEUX (LOST MY SHOE) HAVE CLOSED

The bonds between siblings are as layered, complex, and true as all great loves. At a time when she had just overcome her own addiction, Ms. Ramirez lost her younger brother, a principal dancer with the Oakland Ballet, to alcoholism. Upon his death, she enrolled in a ballet class and attempted to learn the dances he had performed. In trying to retrace his steps, she travelled through the complicated terrain of their childhood and tried to come to terms with why she survived and he didn’t. A semi-autobiographical dance theater piece about memory, grief, forgiveness, and freedom.

A conversation with Lisa Ramirez

Q: How are these shows being streamed?
A: Our Festival Kickoff Event, Lizard Boy, As Soon As Impossible, A Distinct Society, and pas de deux (lost my shoe) will be streaming videos embedded in a page on our website. You won’t need to download any special software to view them; if you’re able to watch videos on sites like YouTube or Vimeo on your computer, you’ll be able to view these videos. Currency will be shown as a Zoom webinar hosted by Playwrights Foundation, which means you will need to download the Zoom application to view it.

Q: How and when will I get access to the presentations?
A: 24 hours prior to each event, we will send you an access link for the event, along with any necessary passwords. We will send these links to the primary email address listed in your TheatreWorks account. If you are unsure about whether we have your correct email address associated with your account, please reach out to us at boxoffice@theatreworks.org

Q: Can I watch these presentations on my TV? What about my mobile device or tablet?
A: While you will be able to watch these videos on a smartphone or tablet, we recommend watching on a desktop or laptop computer for the best experience. You can also hook most desktop or laptop computers up to most TVs with an HDMI cable, as detailed in this helpful article from WikiHow: https://www.wikihow.com/Connect-a-Computer-to-a-TV

Q: Can I buy a pass for a friend or family member?
A: You can only buy a New Works Festival Online pass for yourself with your own TheatreWorks account and your own email address. We are unable to process gift orders or add additional email addresses to orders at this time. Apologies for any inconvenience.

A J. Lohr toast to the new Theatreworks’ season! J. Lohr and TheatreWorks have curated a special, limited release trio of wines from the exceptional 2018 vintage – to savor while enjoying the upcoming virtual stage performances. Receive 15% off this collection.

Contributions listed were received between 1/15/2020 & 4/15/2021. Program deadlines & space limitations prevent us from listing all of our greatly appreciated patrons. For corrections, or to make a contribution, please contact Sophie Nelson at 650.463.7153 or giving@theatreworks.org.

* Indicates donors whose gifts include in-kind goods or services.

TheatreWorks Producers have made a gift of $10,000 or more. They are invited to exclusive events with visiting artists, and on special theatre trips. Producers may select a production to follow from “page to stage” by attending the design presentation, rehearsals, & opening nights. Producers also receive all Inner Circle benefits. Contact Clayton Shelvin at 650.463.7135 or cshelvin@theatreworks.org for more information.

Members of The Inner Circle contribute a minimum of $1,500 each season & enjoy a variety of benefits including priority subscription seating, VIP ticket purchases & exchanges, access to house seats on Broadway, & invitations to Meet-the-Artists events. Contact Clayton Shelvin at 650.463.7126 or cshelvin@theatreworks.org for more information.

Donors who have contributed any amount in celebration of our 50th Anniversary to benefit the development of new works, facilities, technology, and production.. Contact Ronnie Plasters at 650.463.7126 or rplasters@theatreworks.org for more information.