IN CONVERSATION is a series of free community events, serving as a platform to pass the mic and invite artists from around the Bay to be in conversation with the work we are presenting on stage. Come by and join the conversation!

Conversations are free and open to the public—you do not have to have a ticket to the performance that day to attend.

IN CONVERSATION events for In Every Generation:

In Conversation: The Jewish Food Movement

Jan 28, 2023
In the MVCPA Rehearsal Hall, following the 2pm performance

Join us In Conversation with Beth Lee of OMG! Yummy and Chef Sharon of Children's Culinary Creations as they share their passion for cooking, intergenerational learning and the importance of food in the journey to discover who we are. 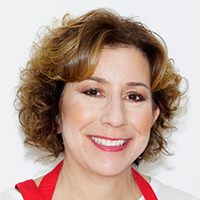 BETH A. LEE grew up on the East Coast before moving to Northern California, far away from the traditional Jewish food she was raised on.

In 2010, Beth left her Silicon Valley tech career behind when she realized she preferred pita chips over computer chips. She launched her food blog, OMG! Yummy where she has reconnected with her love of baking and cooking and her passion for documenting her family’s multicultural food traditions.

Beth’s first cookbook, The Essential Jewish Baking Cookbook, came out August 2021. Beth has been featured in the New York Times, The LA Times, the San Francisco Chronicle, the San Jose Mercury News, the Forward and on many podcasts and blogs.

When Beth’s not cooking, photographing, writing, live-streaming or eating, she loves to golf, pretend she’s a world traveler, and explore new grocery stores just for fun. 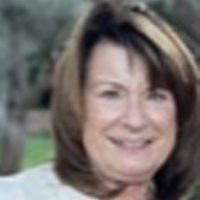 Chef Sharon’s classroom teaching experience taught her to be insightful and innovative with her approach to cooking with kids. She began teaching simple cooking lessons to incorporate math, science, geography, and history. When she and her husband moved to Los Altos and started a family, Sharon left the world of teaching in a formal setting and entered into the most important job in the world: motherhood. Four children later, scouts, soccer, volleyball, ballet, theater, cooking, music lessons, and PTA…involvement was the key to success.

22 years ago, Sharon went back into the classroom on a half time basis, working at Almond Elementary School in Los Altos where she taught 2nd grade. She had a partner who was open to her philosophy of innovation so cooking became a once a week lesson that involved all the learning modalities. The children were ecstatic, counting the days until the next week's cooking lesson. Parents were blown away with the eagerness to show independence, self-assurance, and efficiency in the kitchen. A cookbook was compiled with classroom and child based recipes.

Sharon left the elementary classroom 18 years ago to open Children’s Culinary Creations due to the desire from parents to do more concentrated, small group cooking classes. To make a long story short, Children's Culinary Creations was born in her Los Altos kitchen from the wishes of the parents whose hope was to have their children knowledgeable in a kitchen setting.

In Conversation with Roneet Aliza Rahamim

Feb 4, 2023
In the MVCPA Rehearsal Hall, following the 2pm performance

Join us In Conversation with Roneet Aliza Rahamim, Assistant Director and Judaic Consultant for In Every Generation. She'll discuss her role on the creative team and her contributions to the production. 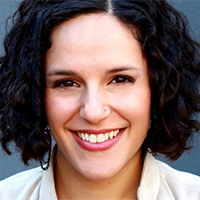 Mark your calendar! In Conversation events for the remainder of the 2022/23 season are scheduled for the following Saturdays:

All In Conversation events take place following the 2pm performance on that day.