TheatreWorks presents a year-round season of musicals, comedies, and dramas in the Mountain View Center for the Performing Arts and at the Lucie Stern Theatre in Palo Alto.

Dedicated to the discovery and development of new voices in the American theatre, TheatreWorks regularly stages new works, many developed in the company’s own New Works Initiative; regional and West Coast premieres of important modern and contemporary works from Broadway, off-Broadway, and beyond; and distinctive re-imaginings of the classics. 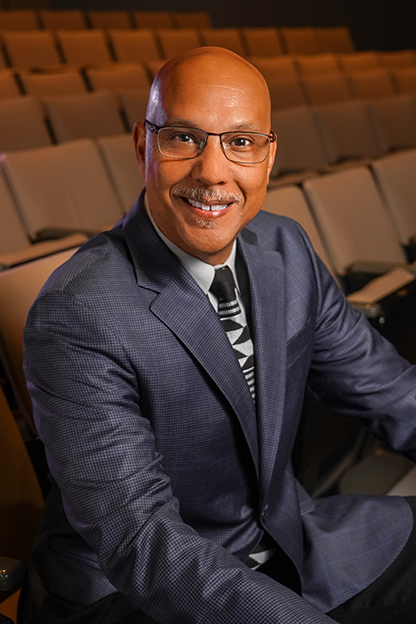 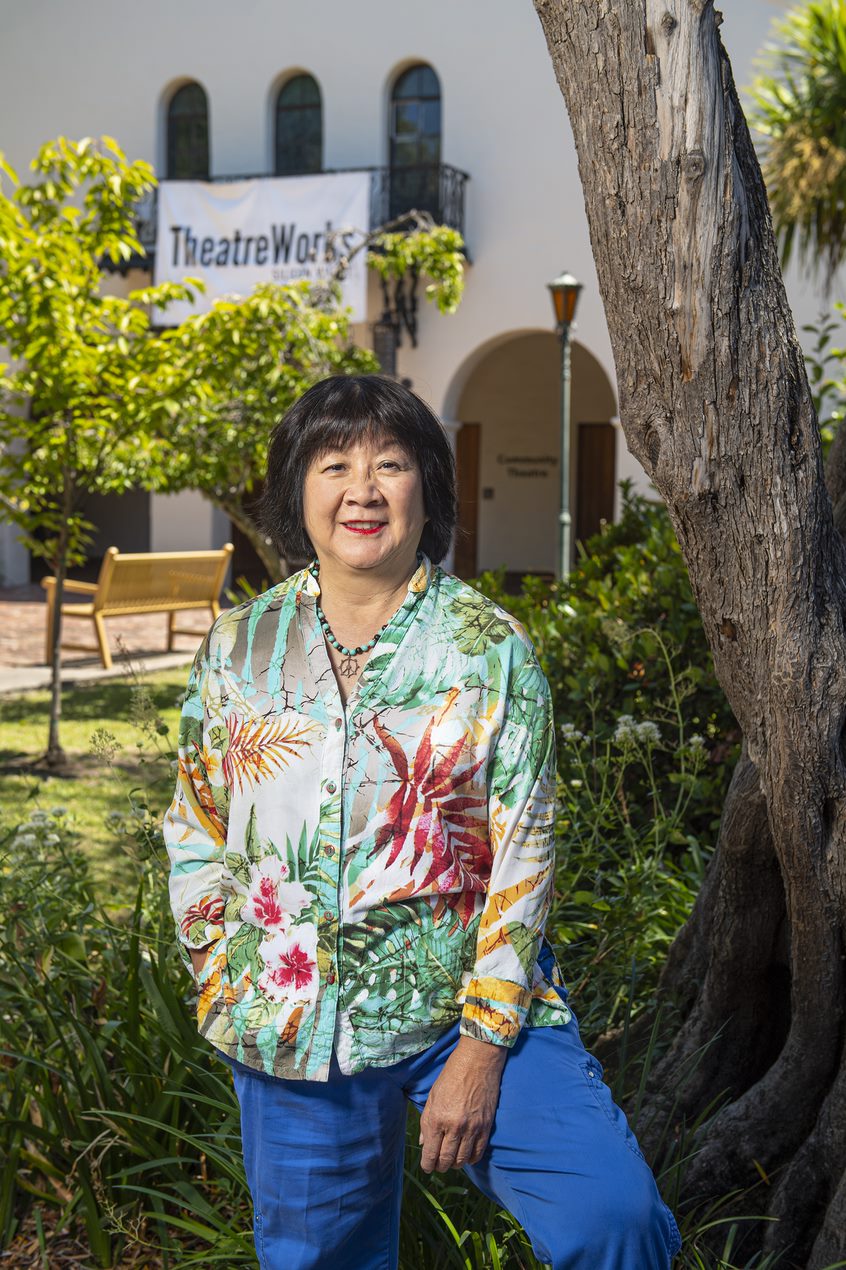 Debbie is a board member of Playwrights Foundation, San Francisco Community Music Center, the Chinese Culture Center of San Francisco, and is on the Advisory Council and on the EDI Committee of West Edge Opera. She most recently served as Board Chair of Theatre Bay Area. On a national level, she has been appointed to the Leadership Council of the National Small Business Association. Her book, Dancing in Their Light, published March 2022, chronicles her family’s historical connection to the missionaries of China and of the pioneering impact her family of immigrants have made to advance the fields of research, science, medicine, academia, engineering, arts, humanities, and culinary hospitality in the United States. Debbie is currently the creative consultant for writer William Kinsolving on the development of his new musical, That Week With The Bachs, which will be presented at the Spacious Grace Festival in the nave of Grace Cathedral, San Francisco in February 2023. 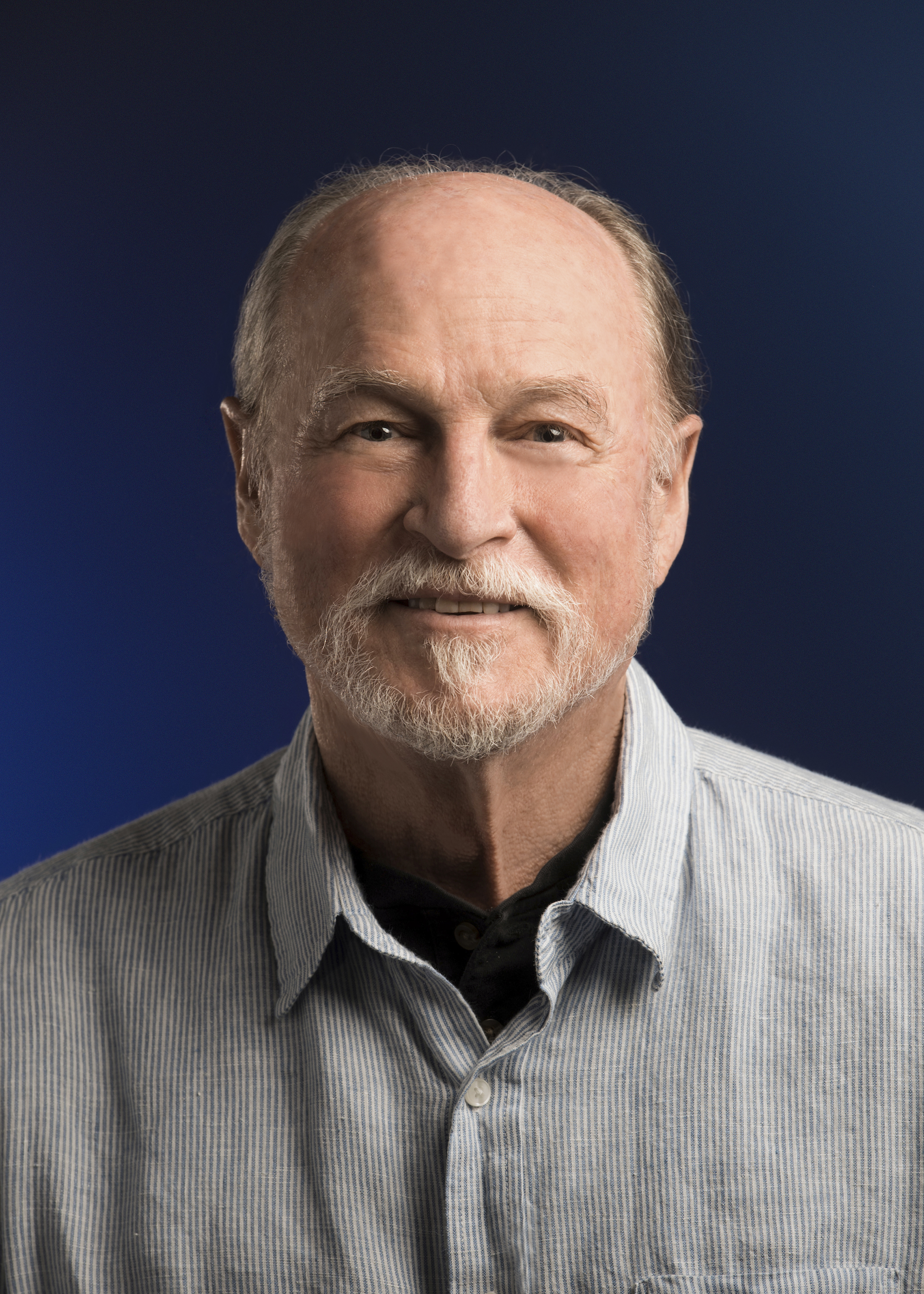 Robert Kelley is a Bay Area native and Stanford University graduate. He founded TheatreWorks in 1970 and has directed over 175 TheatreWorks productions, including many world and regional premieres. He has received the Silicon Valley Arts Council’s Legacy Laureate Award; the Bay Area Theatre Critics Circle Paine Knickerbocker Award and Jerry Friedman Award for Lifetime Achievement; BATCC Awards for Outstanding Direction for The Hound of the Baskervilles; Into the Woods; Pacific Overtures; Rags; Sweeney Todd; Another Midsummer Night; Sunday in the Park with George; Jane Eyre; and Caroline, or Change. He recently directed Marie and Rosetta, Tuck Everlasting, Fun Home, The Bridges of Madison County, Around the World in 80 Days, Constellations, Rags, and Daddy Long Legs (Theatre Bay Area Award for Outstanding Direction of a Musical, 2017).

TheatreWorks was founded by San Francisco Bay Area native Robert Kelley in 1970 as a theatre arts workshop for teenage and college students.

In July 2019 TheatreWorks Silicon Valley launched its 50th season, featuring eight productions that celebrate the human spirit. From a fledgling amateur troupe born in suburban Palo Alto, California, it has grown into one of the largest professional theatres in California and a nationally respected producer of new works.

TheatreWorks was founded by Stanford grad Robert Kelley in 1970, charged by the City of Palo Alto with developing new work by local youth in reaction to the unsettled times. The first show, Popcorn, was an original musical highlighting the clash between generations in the community. The company produced 13 original works in its first three years, many of them musicals, playing in parking garages, warehouses, outdoor amphitheatres—wherever space could be found.

As TheatreWorks matured in the 1970s, re-imaginings of Shakespeare and other classics, established plays, and landmark musicals joined the world premieres in the repertoire. Talented artists flocked to the company, attracted by its artistic innovation, its blend of music and drama, and its determination to reflect the diversity of the region on stage. While continuing to perform in unique spaces, the company began producing regularly in Palo Alto’s historic Lucie Stern Theatre.

By 1980, TheatreWorks had four full-time staff members, a six-member Board of Trustees, 700 subscribers, and a six-figure annual budget. From 1981 to 1983, Todd Harris, the company's first full-time Managing Director, quadrupled subscriptions to over 3000. In 1984, he was succeeded by Randy Adams and the company began growing into a major professional theatre; within three years the annual budget surpassed $1 million and the company signed its first contracts with Actors' Equity Association, the union of professional actors. TheatreWorks' commitment to diversity and innovation remained strong; it consistently produced plays and musicals about minority experiences and cultures, and became a regional leader in bold, non-traditional casting of traditional works and roles.

As the 1990s began, TheatreWorks employed a full-time staff of 11, a 16-member Board of Trustees, 5,500 subscribers, and an annual budget of $1.7 million. Over the next decade the company enhanced its reputation for artistic excellence. When the 600-seat Mountain View Center for the Performing Arts opened in 1991, TheatreWorks began producing five mainstage productions there each season, with three shows continuing at the Lucie Stern Theatre. A Stage II series of smaller shows was added, and flourished in a "black box" theatre the company built in Palo Alto. The decade also saw the launch of TheatreWorks' award-winning Education Program.

At the turn of the millennium, TheatreWorks had a strong regional profile, 30 full-time staffers, a 20-member Board of Trustees, 8500 subscribers, and an annual budget of $4.5 million. In 2001, determined to expand its commitment to new plays and musicals, the company launched the New Works Initiative. It would eventually include an annual New Works Festival and Writers’ Retreat, developmental workshops, commissions, and many mainstage world premieres, making it central to TheatreWorks' mission and reputation.

The Initiative has attracted authors and composers of national stature, including Beth Henley, Paul Gordon, Marsha Norman, Rajiv Joseph, Henry Krieger, Stephen Schwartz, Duncan Sheik, Colman Domingo, Joe DiPietro, Jules Feiffer, Andrew Lippa, among many others. Their works, and scores of others developed here, have gone on to many regional, Broadway, and international productions. The 2010 Tony Award-winning musical Memphis was first developed in the Festival, and then premiered at TheatreWorks in 2004. Stephen Schwartz’ new musical The Prince of Egypt had its world premiere here in 2017 and will debut in London’s West End in early 2020. TheatreWorks will present its 70th world premiere in December 2019, directed by Founding Artistic Director Robert Kelley in his 50th year with the company.

In 2005 TheatreWorks became a fully professional member of the League of Resident Theatres (LORT). Joining the company in 2006, Executive Director Phil Santora has helped grow the New Works Initiative, greatly increased the company’s endowment, and forged new relationships between TheatreWorks and other regional theatres.

Tim Bond joined TheatreWorks as its second-ever Artistic Director in July 2020. Tim is a highly respected and nationally-known director and educator with past leadership roles as Associate Artistic Director at the Oregon Shakespeare Festival, Artistic Director at Syracuse Stage, and tenured Professor of Theatre and Head of the Professional Actor Training Program at the University of Washington.

In 2022, Debbie Chinn was named TheatreWorks' new Executive Director. Debbie will assume the post November 15, replacing the outgoing Phil Santora, who concluded his 15-year tenure at TheatreWorks at the end of July.

Heading into our 52nd Season, TheatreWorks is one of California’s largest theatres, a LORT B company with 48 permanent staff members, a 30 member Board, and an $11 million budget. It offers many public services including an extensive Education Program that reaches 15,000 students annually. A pioneer in diversity programming, a welcoming home to world and regional premieres, and an acclaimed source of new works for the American stage, TheatreWorks is the nationally-acclaimed theatre of Silicon Valley. In June of 2019, TheatreWorks received the American Theatre  Wing’s Tony Award for Regional Theatre.