“Oh, there is nothing more wonderful than warm bread!” –EMMA

In The Language Archive, Mary finds much needed solace in baking bread. In fact, baking is an art nearly as old as any language. Recipes come together to mix with family and culture and become cherished memories and connections to those we love. Below, TheatreWorks staff members and others share their experiences with this time-honored practice. 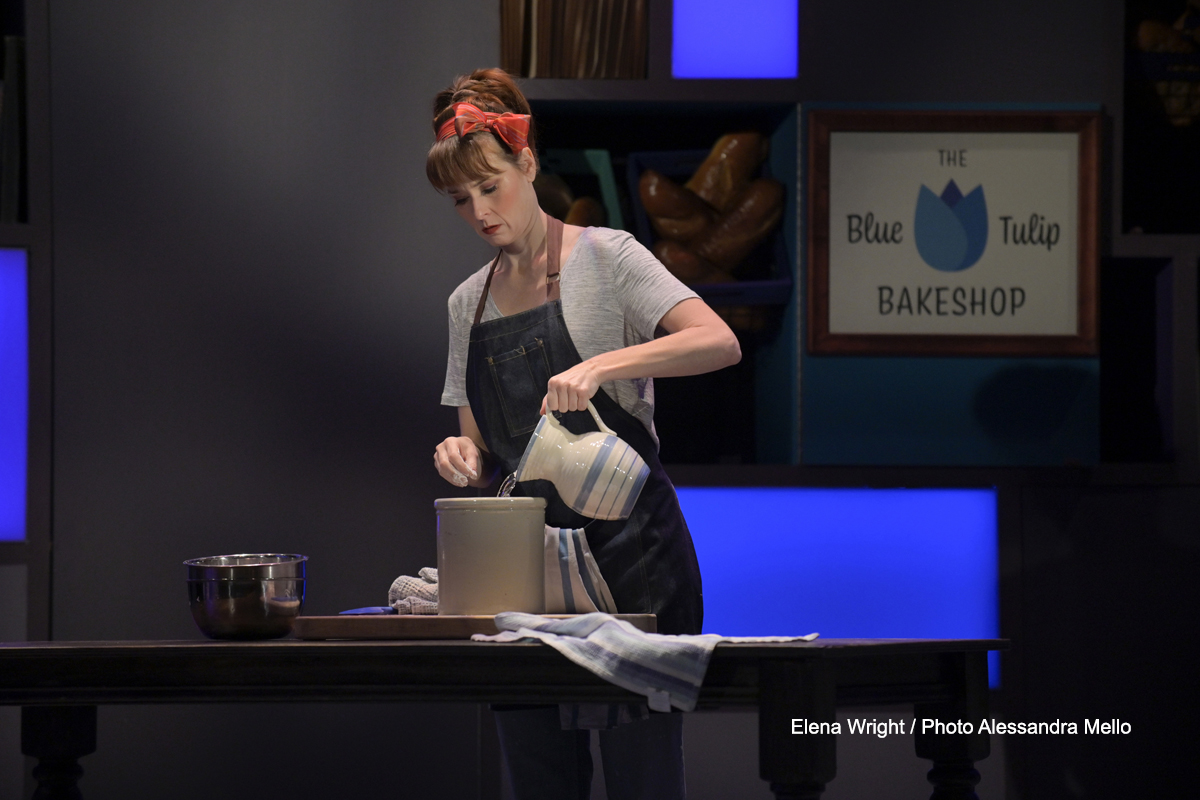 Alexis Standridge, Development Intern—My mom's side of the family is Puerto Rican, and we have a fried bread recipe called domplines. We have a "Puerto Rican Day" twice a year where we all gather and cook empanadillas, which are just like Mexican empanadas except totally different.

After the main dish is done, the younger members of the family cut the remaining dough into fun shapes, although most of them turn into lumpy triangles after they're fried in oil. We then cover them in brown sugar and cinnamon, and they're delicious. (Personally I don't like empanadillas that much, unless I cover one in tobasco when my mom's not looking. But I always eat too many domplines.)

I don't really have a lot of connection to my heritage or culture, other than Puerto Rican Day, so this family holiday is incredibly important to me.

Ken Maitz, Database Administrator—When my younger brother and I were old enough to be on our own after school (high school age), my mother decided to enter the work force. This required some evening meal preparations before the rest of the family got home. On some nights we would have some freshly baked bread. At the time there was a bread product that was frozen dough. It needed to thaw out before baking and on those evenings we would have it, it needed to be pulled out in time to allow to thaw before baking.

Sometimes I would miss that time. Sometimes it had to do with the late drop off of the evening newspapers my brother and I delivered or the fact that sometimes I forgot. One of the meal preparations that always needed to be done was to boil water so we could brew tea for the meal. On the days I was late thawing out the bread I would place a wire cooling rack over the water that I was starting to boil and then place the frozen dough on top of that. The heat from the water and the eventual steam would thaw out the dough quicker than letting it just sit. Not only did the bread thaw out in time but it seemed that bread would raise more and upon baking be of a fluffier, lighter consistency.

There were always comments on those nights as to why the bread seemed better than usual.

Tracy Hayden, Development Associate—We received an amazing bread machine as a wedding present. Once life settled down, we both began making bread using this machine. We made everything from wheat bread to rye bread to garlic bread and more! We even experimented with herbs like rosemary and thyme. After a few months of eating delicious fresh bread on a daily basis, we realized that our pants were fitting a little tighter and that we had put on some lbs. We had to do something fast, so we quickly gave it to my sister and her husband-to-be. He he he